Written by Dalibor Ivkovic
Updated over a week ago

A frequent scenario brokers face is to prepare a deal (or deals) where client has more than one security.

An example of such a deal is a refinance/equity release of one property and purchase of another.

Structuring such a scenario requires good understanding of lender policy and can generally take two directions:

Securities are added in a single deal in Broker Tools/Security details tab.

Firstly, the existing security is added to Assets (and current associated debt is detailed in to Liabilities with the 'Refinance' checkbox ticked). In Security details tab use 'Add Existing Security' button.

To add new security, click on 'Add New Security' button and enter relevant details. Where Pricefinder or CoreLogic integrations are used, additional details will be auto-populated. 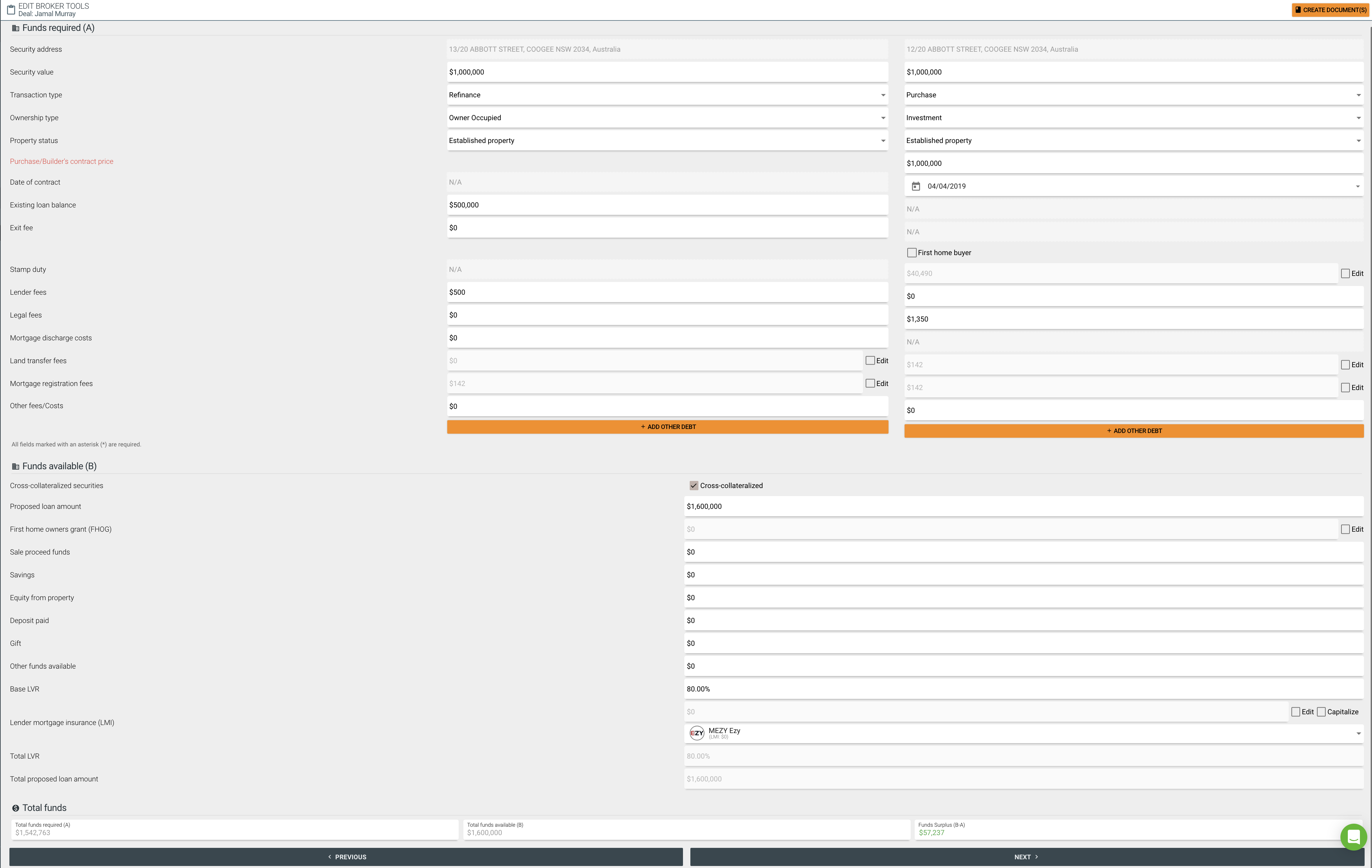 Cross-collaterised deals often have multiple product splits, to associate loan accounts with the securities. In this case, splits could be:

When splits are fully added it would look like this: 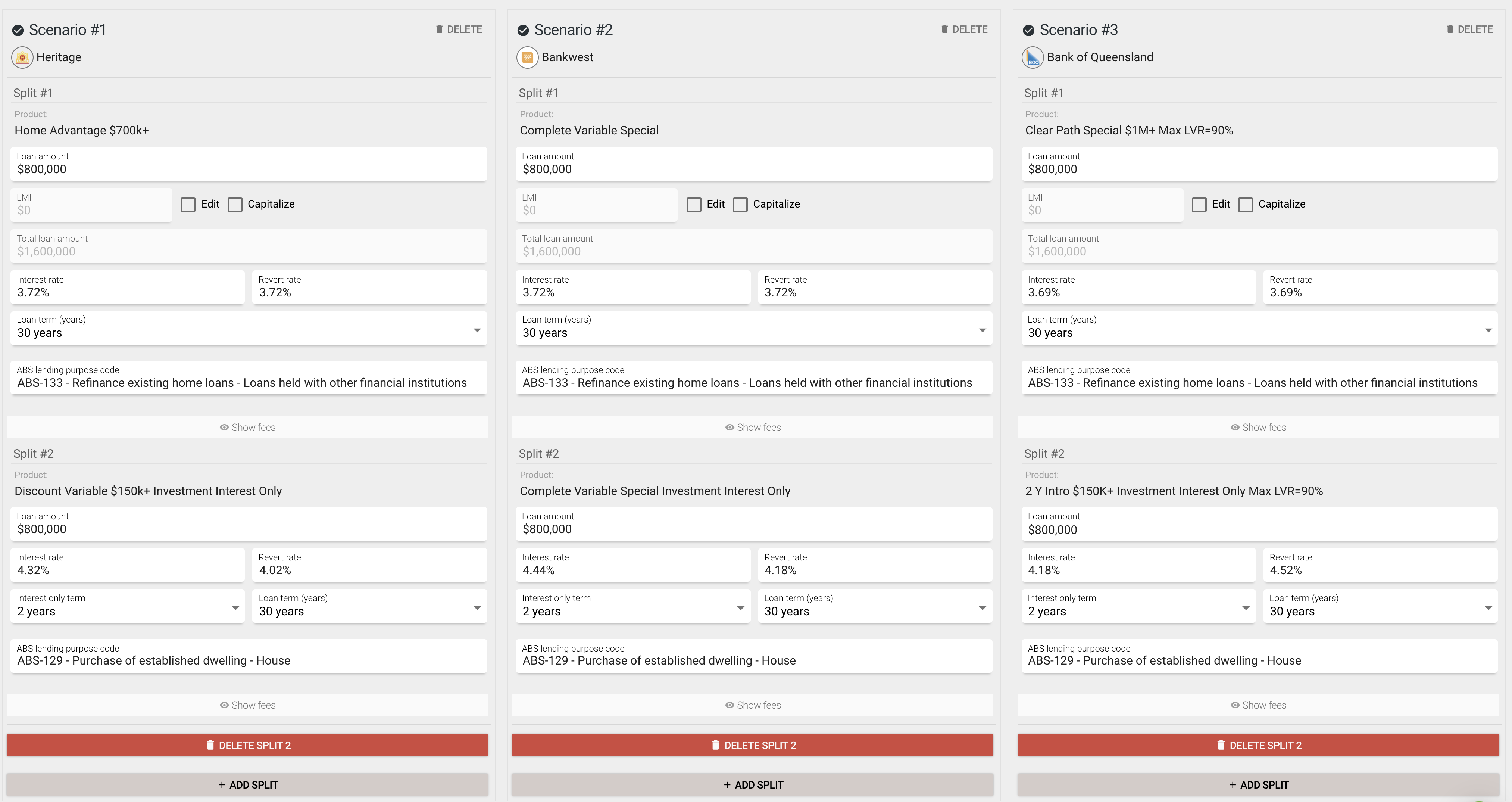 The process would be the same as the cross-collaterised example, except the Funding worksheet: 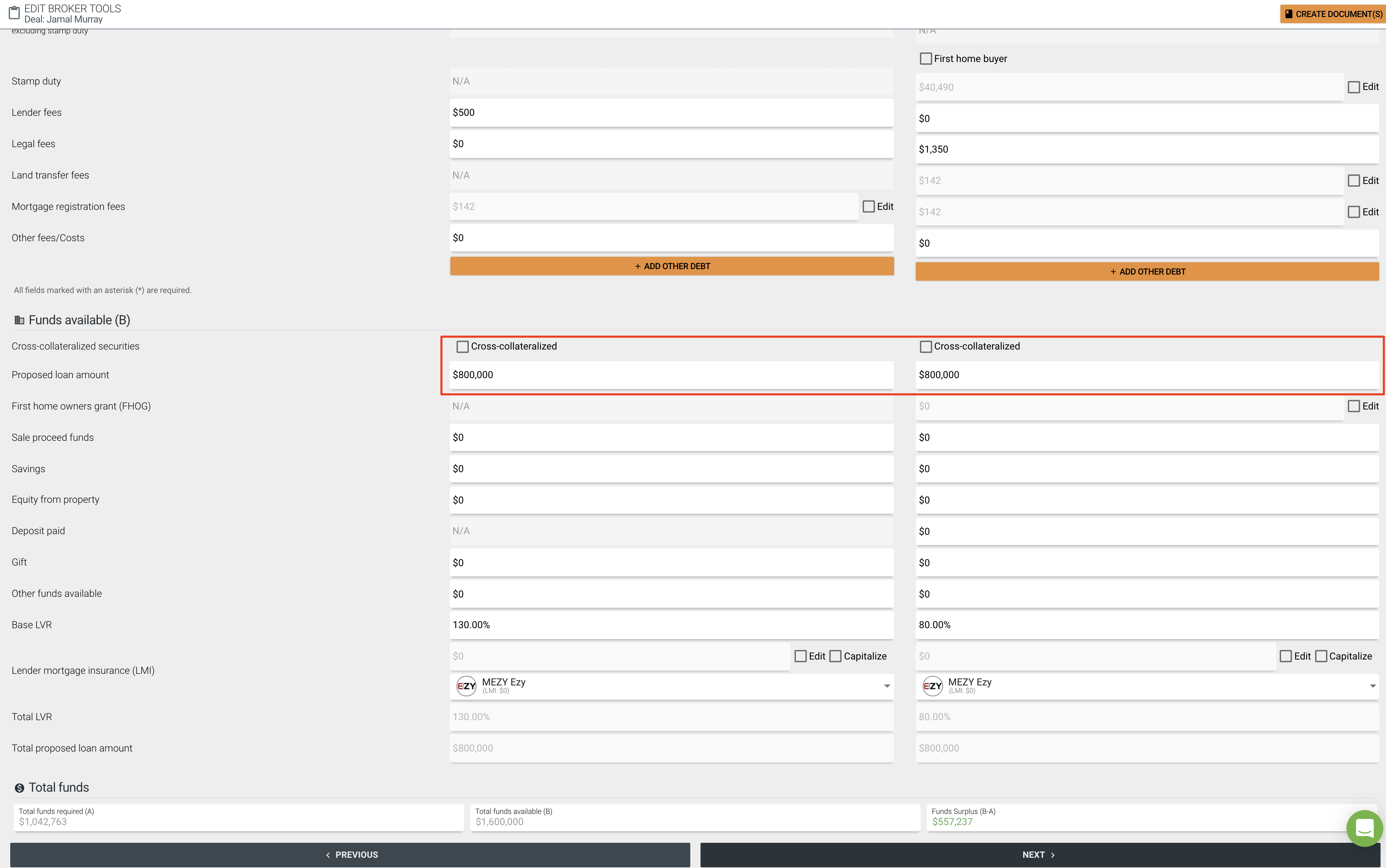 Most lender require each security to be presented in a separate deal (unless cross-collaterised).

Each deal is then presented as a separate application. For example:

Key to this process is to set deal 1 correctly, then duplicate deal and make assumptions that Deal 1 is approved. I.e. in Assets and Liabilities Deal 1 scenario is presented as a completed deal (higher loan limit and balance for the refinanced property).

In Deal 2, then released funds from Deal 1 are presented in Funding worksheet.

Did this answer your question?